The Story of 4D Master 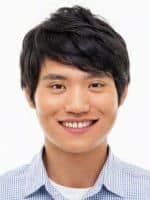 You may be surprised to hear this; for the most part of his life, 4D Master does not bet on 4D at all. In fact, he shun away from 4D as part of his belief that it was difficult to strike one number out of pool of 10,000 number, not to mention winning a huge sum of money from Singapore Pools.

He was doing some work research on the web one day and had a chance encounter with a 4D Teacher whom give him the necessary guidance. It wasn‟t easy at first; he worked very hard and invested his personal money to test out his 4d system. He did not give up and continue to refine his 4d system until he had consistent good results from it.

Finally, he decided that it was not good to keep the 4d system to himself. He started a membership site 4DinSingapore.com to share his prediction system and help people to win 4D and TOTO. By doing so, he helped his members to save hundreds and thousands of dollars in betting which would otherwise have gone down the drain.

As of today, the membership has been growing and has served thousands of members from various countries which include Singapore, Malaysian, Indonesia, Vietnam, etc

Despite the success, 4D master is not resting on his laurels; he is still continuously improving and fine-tuning his system so that members will have greater success with his 4D prediction system.